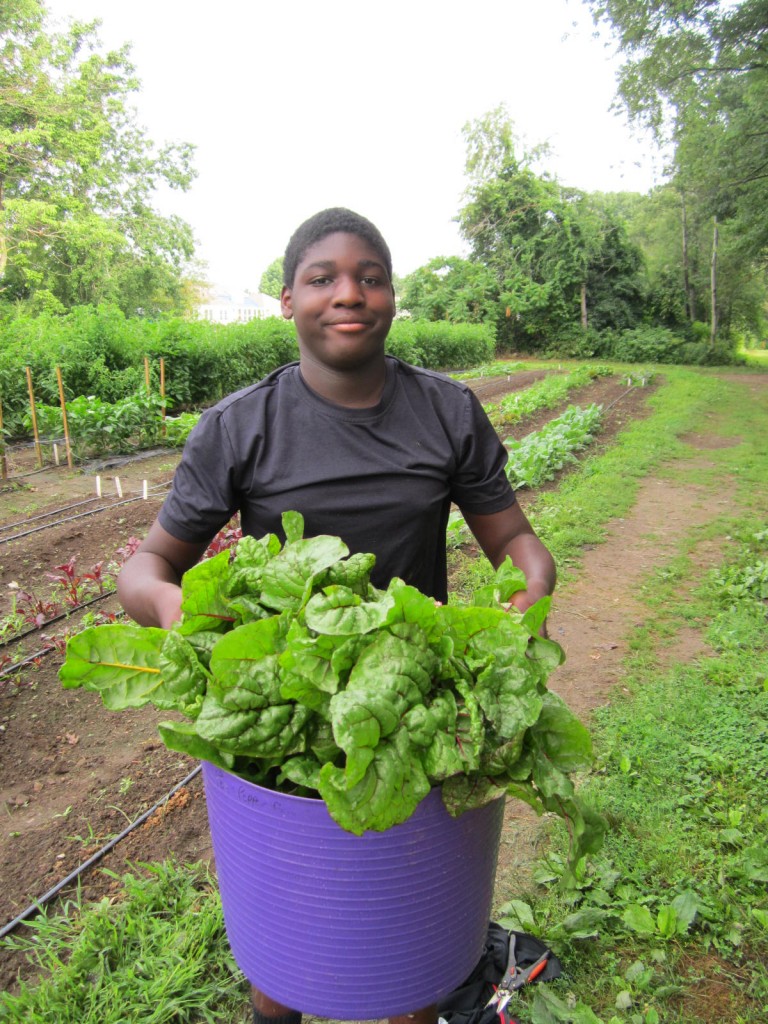 Hard to believe it’s August already.  The farm is going strong right now.  We’ve gotten mostly caught up on the weeding, just in time for lots and lots of harvesting.  Noah, our 12-year-old son, is done with camp and still has a month left of summer vacation, so he’ll be spending a lot of days up at the farm, helping out.  This week he’s proven quite good at picking and bunching kale and chard.  (He’s not such a fan of weeding.)  Today, we also harvested some potatoes, cubanelle sweet peppers, bell peppers, jalapeno peppers, serrano peppers, cucumbers, tomatillos, and zucchini.  Most of which we’ll sell at the farmer’s market tomorrow.  We’ll have to go up early tomorrow morning to pick greens for the market. 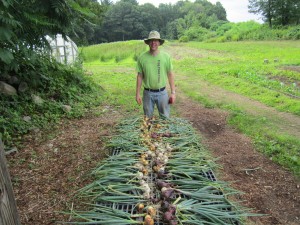 Laying out the onions we picked today.

Today was the day the onions were ready.  They were kind of a mixed bag.  Some of the red onions are really large and lovely, but for the most part they’re small to medium sized, though plenty usable.  I’ve got them drying out on our back porch right now, so they’ll store properly.  We’ll probably grow them again, and try to figure out what we need to do better next time.

We’re still planting seedlings.  This week it was cabbage, kale, and basil, with more kale to take the place of the onions that just came up.

Late blight continues to be a threat, and possibly a big problem.  One of the other incubator farmers (at a different site) might have it, and the New Entry farm manager thinks we might have it on one of our plants, too.  (But it’s not confirmed.)  This could be a big disaster for us–we’re counting on quite a bit of income from our tomatoes (well over $1,000), and late blight could make us lose them all.  And what’s even worse is that our plants right now are Gorgeous. 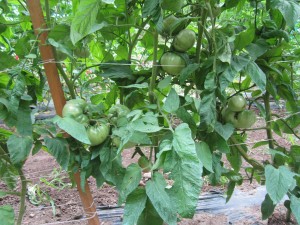 The plants are so huge, that together with the tomatillos, they pretty much make a tunnel o’ tomatoes.

It’ll break my heart if we have to destroy them all.  The weather isn’t helping, with the high humidity and rain.  We need a hot dry week or two, to slow down spore growth and let our fruit turn red.  I can see why farmer’s might tend to turn to prayer–there are so many factors outside of your control that can destroy a crop in no time. 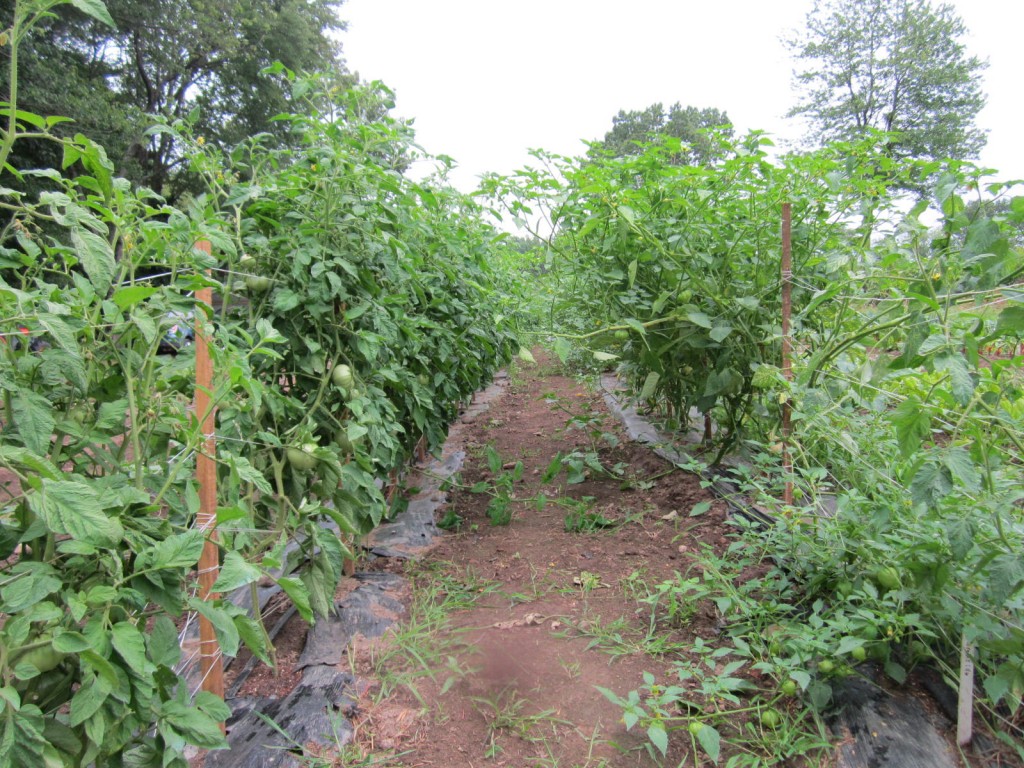