In addition to buying seeds, we’ve already ordered a bunch of seedlings from Red Fire Farm, Natick Community Farm, and Bobbin Farm–tomatoes, tomatillos, peppers, and herbs.  But we also need to get a head start on our early season crops, especially kale (we have World PEAS orders due in early June) and chard.

Last year, we had one small shelf unit for growing seedlings under lights, and could have six trays growing at once.  This year, we’ve added two more sets of shelves, with a lot more shelves and lights, and we have a maximum capacity of 38 flats. We grow greens in 72-cell flats, which means, we can theoretically have 2,736 seedlings growing at once in our basement!

Last Friday, I planted 13 flats of kale, and then another 7 on Sunday.  That should be enough for to plant about 700 feet of kale beds (kale beds have 2 rows per bed), in late April or early May.  (Our fields are slow to dry out in the spring, so it’s hard to get on them early.)  I just got a bunch more trays and flats today, so I can plant chard seedlings tomorrow–another 20 trays or so.

This is what they looked like on Friday.  (not very exciting) 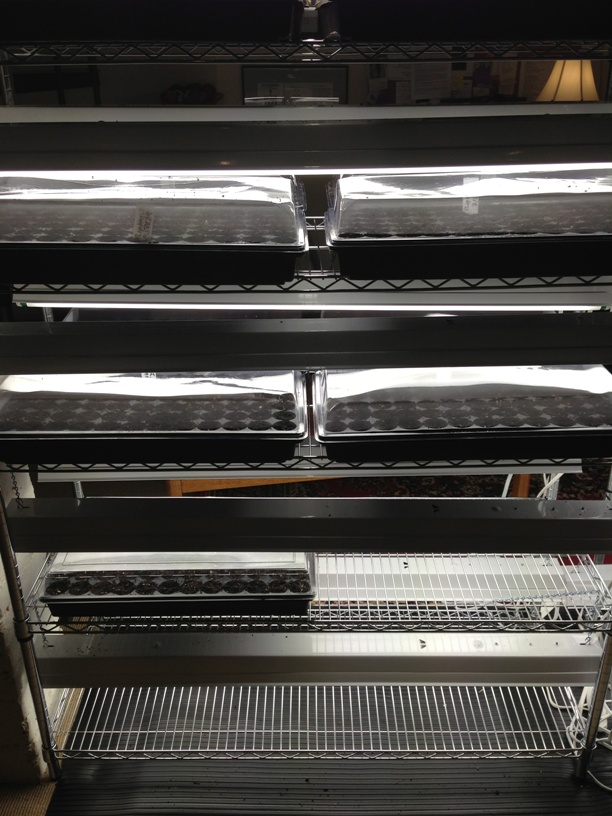 And this is what they look like today.  Very exciting!  Feels like spring is really here now. 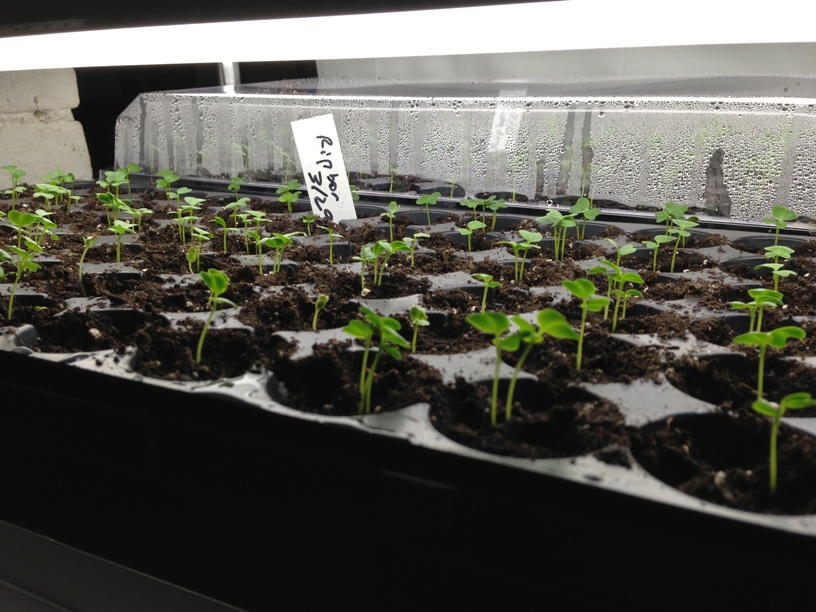 Now begins the process of babysitting these little plants for the next four weeks until they’re ready to be hardened off and planted.  First I need to think them out to one plant per cell.  I’ll take off the covers which were keeping them moist while germinating and get the lights super close to the leaves, so that they don’t stretch out too much and get leggy.  Keeping them properly moist ends up being one of the most important tasks.  I’ll probably feed them about once a week, using a dilute solution of fish emulsion (very smelly.  The cat loves it).

With a little luck and hard work, these trays will translate into many hundreds of bunches of kale and chard over the upcoming season.