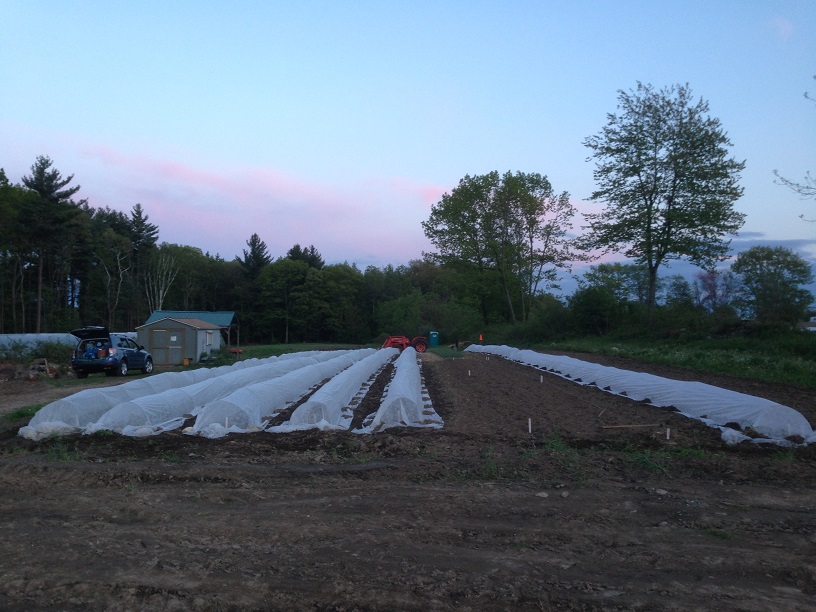 I haven’t posted lately, but that doesn’t mean that we haven’t been farming.  It just means that my writing life (as a playwright and novelist) has gotten kind of nuts lately.  So I’ve either been at writing conferences, in rehearsal, at a reading, or working at the farm.

This year we have twice as much land (half an acre total), to so the planning is a little more complicated, and there is theoretically twice as much work to do in the exact same amount of daylight in any given day.

Until two days ago, we’ve been having a bit of a drought, with less than an inch of rain through all of April and most of May.  Despite that, however, it took a while for us to get into the fields because they drain slowly.

But as Eero and Guy (our farm manager and his assistant) have opened up ground with the tractors, turning in the winter rye cover crop, we’ve been able to get the soil fertilized and amended and have planted rows of greens.

You can see all the rows of floating row cover we have up now–they’re helping keep the plants safe from cold weather at night (we’re supposed to have low 40s for the next three nights) and also help keeps pests like deer and flea beetles at bay.  Right now we’ve got three rows of kale, one of snow peas, and two of chard, one of broccoli, and another of collards, all under cover.  We’ve also planted 220 feet of potatoes and a row of onions, plus seeds for cilantro, carrots, and lettuce. 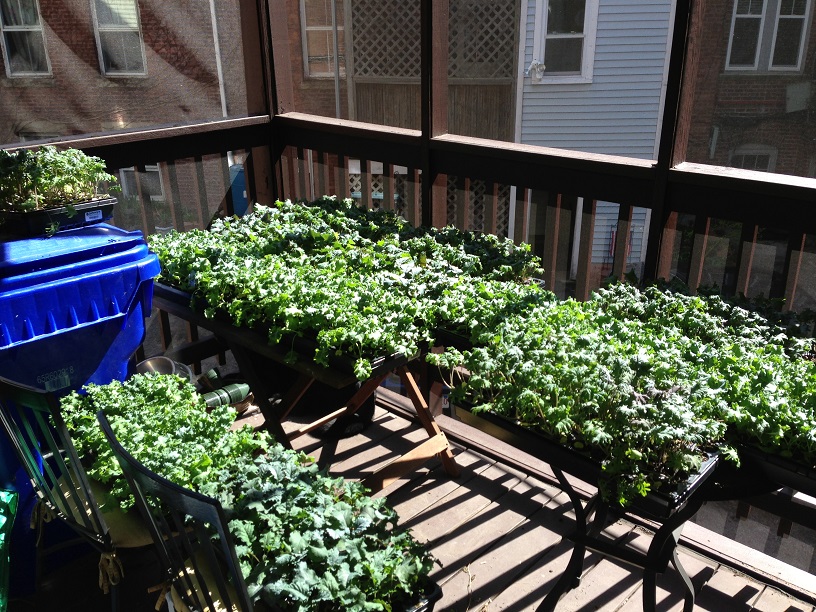 This was our back porch a couple weeks ago, loaded with kale seedlings. Now it’s full of tomatoes and peppers.

We have a ton of seedlings on the back porch right now, hardening off and getting ready to go in the ground.  But it’ll be too cold to put them in until Wednesday.  The peppers and tomatoes out there right now are from Natick Community Farm and Bobbin Farm in Lowell.  Next week, we’re getting a big delivery of pepper and tomato seedlings from Red Fire Farm.

Husk cherries growing under lights in our basement.

We’re also still growing a lot in our basement.  We’ve got husk cherries, squash, collards, and lots of basil growing under lights right now.  I’ll start hardening some of them off on Sunday, with hope of getting them in the ground on Wednesday.

Our first World PEAS delivery is on June 10th!  (Kale.)  And then we start our farmer’s market in Jamaica Plain on Thursday, June 27.  So we’ve got a lot of work to do in the next month! 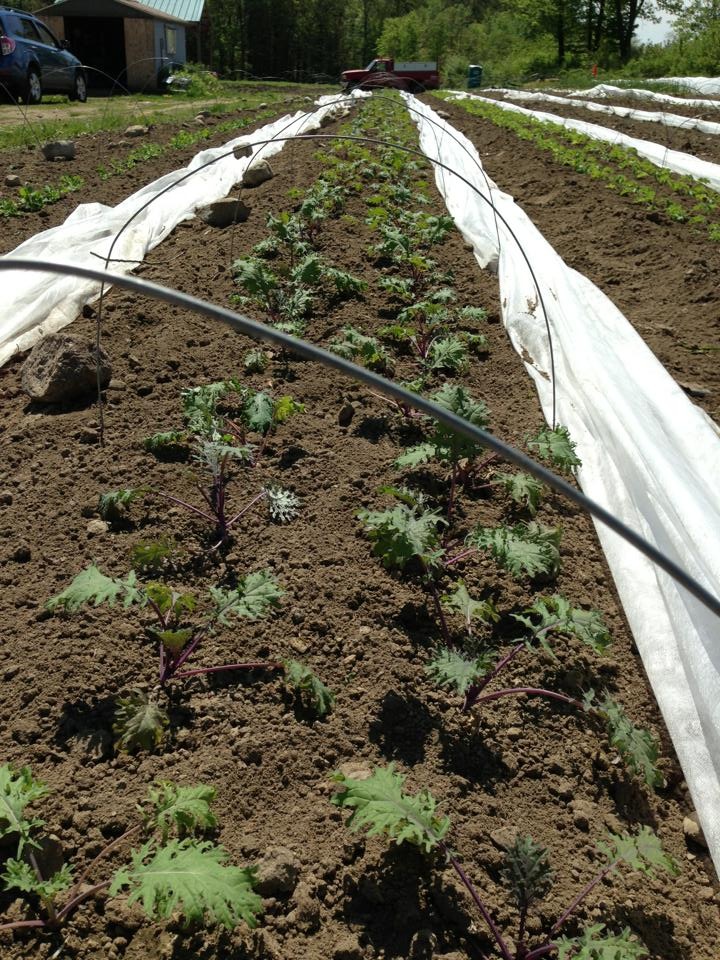 Russian Kale getting started under cover. 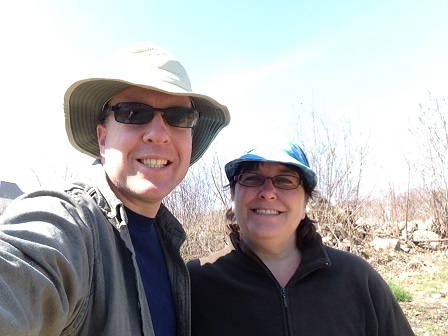 Pat and Tracy at the start of the season. (Notice no green behind us. It’s a lot greener up there now!)