We didn’t have a market on the 4th of July, so yesterday was our second farmer’s market day of the season.  We’re starting to hit the mid-season slump, where the spring crops are petering out but the summer stuff (tomatoes, peppers, potatoes) aren’t quite ready yet.  But we still had kale, chard, a few last scapes, a few last snow peas, bull’s blood beet greens, parsley (a surprise hit), basil, Thai basil, and some zucchini.  It was supposed to be rainy day, but for once that didn’t happen. 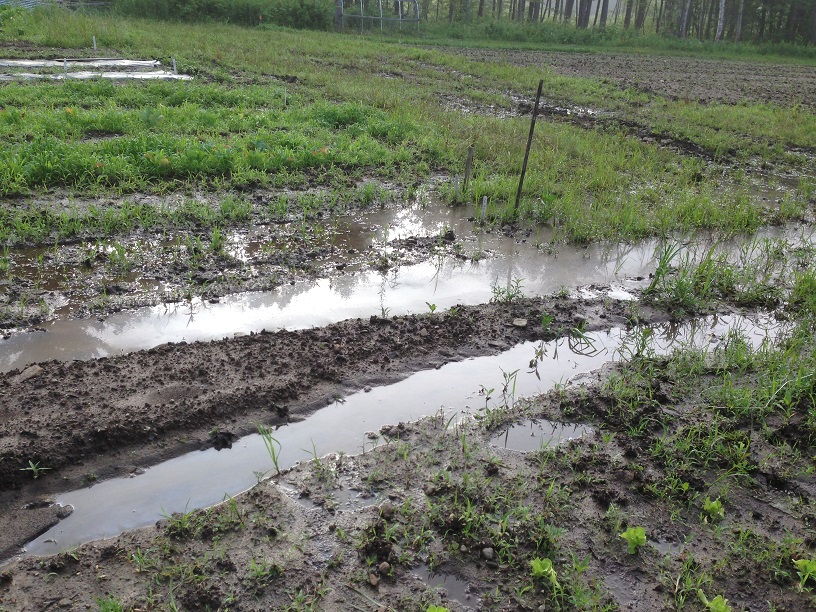 Water has been our biggest challenges this season. Far too much of it.

We’re still struggling with wet fields.  We’ve probably had more than a foot of rain in the past five weeks, and we’ve got some standing water around and spots where the crops are just dying from the inability of the plants to breathe.  You can smell the anaerobic soil when you turn it over–it’s a sour, unhealthy odor.  Though it’s hard to do much in that part of the field, because it’s just so muddy.  If it dries out a little, I’m going to try making some raised beds in there for some fall crops. 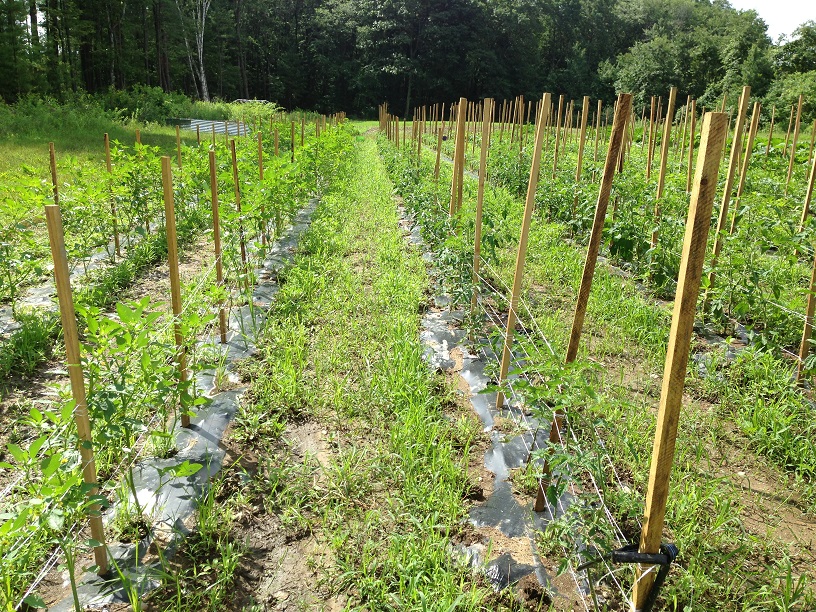 The weeds don’t seem to mind the water. There are tomatoes growing in these beds. (Which I now have a little better weeded, but it’s still a battle.)

Though the weeds have been pretty out of control, I think we’re gaining on them a little bit.  The wheel hoe makes that even slightly possible. 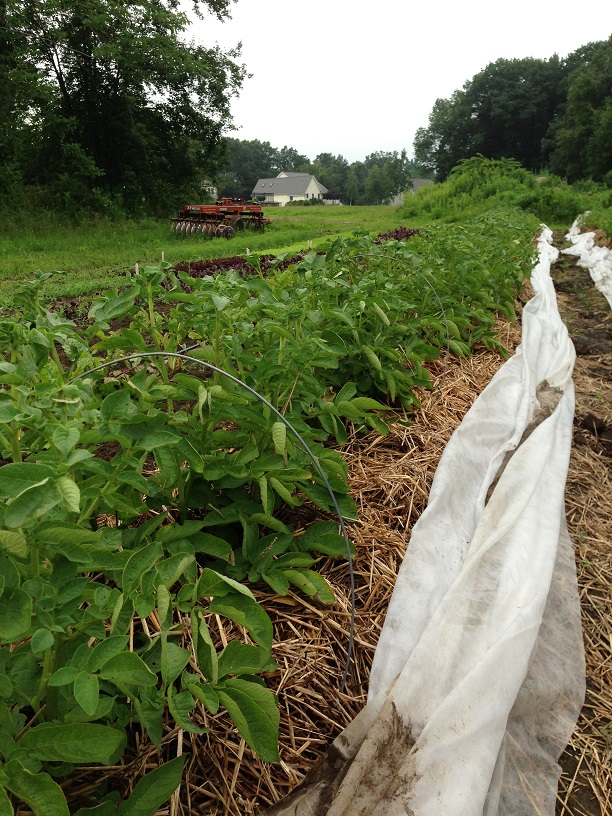 The potatoes don’t mind the water either, though they don’t like having to be under cover in the heat.

Our potatoes are growing pretty well, though they’re under attack from Colorado potato beetles.  These are voracious creatures, whose larvae are almost like orange slugs that pop when you squish them.  Pretty disgusting.  But luckily, we don’t have so many potatoes or bugs that we can’t hand pick them.  For now, we have to keep the potatoes under cover to protect them from potato leaf hoppers, which will do serious damage both from eating and spreading disease.  Being covered stresses the plants in the hot spells we’ve been having, but for now we think it’s better than having them suffer from “hopper burn” which can bring them down pretty fast. 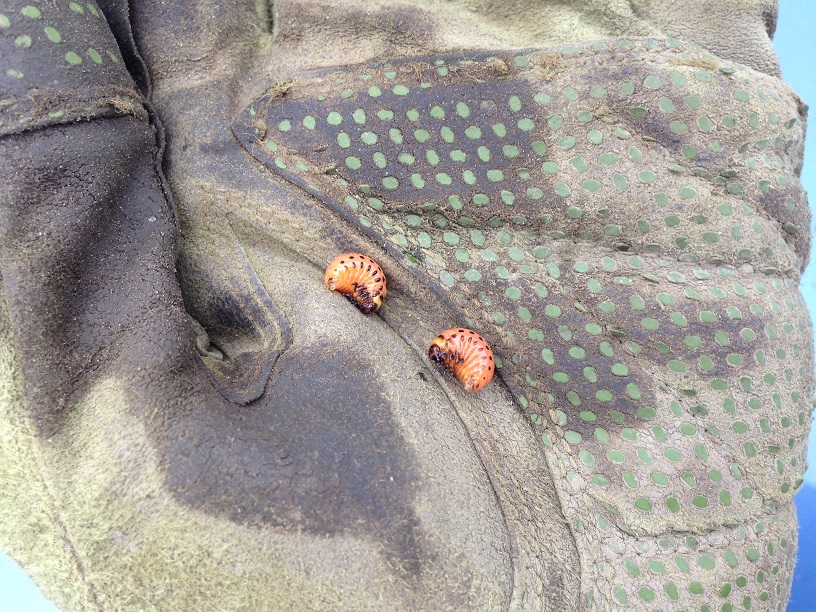 Hungry Colorado potato beetle grubs can do a lot of damage fast. The best remedy is to squish them.

We were having a very strong crop of zucchini, but something (possibly bacterial wilt, vectored by striped cucumber beetles) has killed about a third of our plants and more are following.  The good news is that there’s still time in the season for additional plantings, if we move fast.  With all the weather weather and soil, diseases spread much more quickly than in a normal year.

The cucumbers I’ve planted are starting to sprout, and I’m excited to see them grow and take over where the snow peas used to be.  A fresh cucumber tastes just like summer to me.  The challenges of this season have been a lot more severe than last season, but I’m trying to stay positive and focus on the new crops coming and just hoping that we’ll catch a break in the weather for a couple weeks and get us back on track.

Here’s one more time lapse video, of uncovering row cover early in the season.  It’s a fun part of the rhythm of farming.

This entry was posted in Farmer's Market, field work, harvesting. Bookmark the permalink.